When I’ve been using dry flies in the past, especially flies incorporating CDC, they always seem to die after catching a fish – I might be lucky and get two!

I’ve been trying different ways of getting my flies to float for longer without having to carry many of the same pattern and changing the flies and leader more than needed. Although, i tend to change my leader between every other fish… usually because I curl it up when trying to land the buggers!

I think one of the greatest inventions is Aero dry from Tiemco. This stuff could float a brick. Even though It’s good – I don’t feel i get the same effect with this as I do using CDC.

Anyway – After tying a batch of different dries, stimulatory, sedges, olives – using CDC, Aero dry, polypropylene and so on, I found a bottle of Silicone Mucilin tucked away in my tying bag, so I thought I’d give it a go…

Once you take the lid off the bottle there is a small tray inside the bottle which stops your fly falling to the bottom. I dropped about 3-4 of my flies into this tray and re-tightened the lid.after a few gently shakes the flies where completely submerged and covered with the stuff. 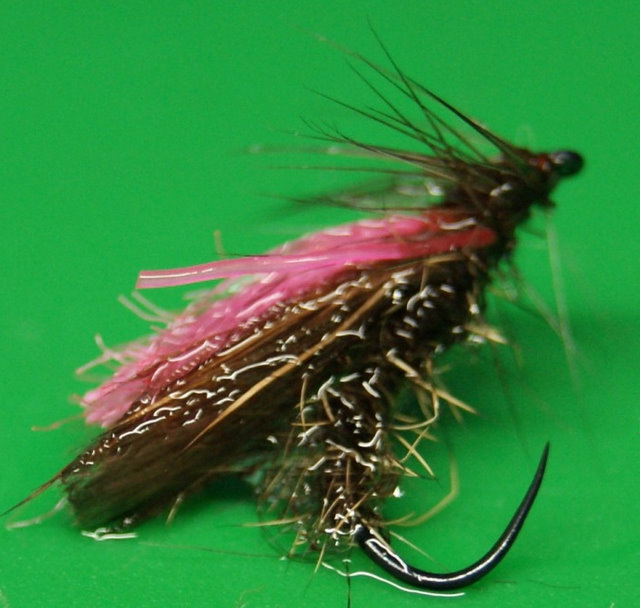 It smells! and it’s wet! deja-vu? Take a needle or the tip of your scissors to take the flies out of the jar to avoid getting it on your fingers.I tried a few different ways of drying the flies, letting to dry over night on some toilet/kitchen roll on a radiator seemed to be the best. It was as if the material would soak what it could in, and the rest would be absorbed into the kitchen roll.

My plan was to catch a few fish with one that had been treated and another that hadn’t.

We fished the Wye on Saturday and used both patterns, it was obvious the treated one worked better! The fly rode higher, floated better and floated after taking a few fish! Once the fly had been submerged from an awkward mend, it would pop back up, once it had been taken by a fish, a few blows and a few harsh casts, it would re-leave itself of water and float just as well as it did before – getting you back in action the very next cast without having to faff around with amadou or gink etc.

As you can tell I’m probably just lazy! I don’t like hassle! So this method really helps me get back in action. Give it a try. You’ll be impressed!