It’s been a busy month here at Ronfishing HQ, the first proper fly fishing competition of the year took place on Chew Valley lake where we as a team managed to take first place in the AWAI South Wales heat. With a the full team managing to net 48 fish, that’s 8 per angler. The fishing on Chew was said to be exceptional in the weeks leading up to the comp, but just a week before the winds blew up and almost ceased fishing completely! Our practice day was blow out of the water, so with only previous weeks fishing information to go on, all anglers could do is head out and hope to come across a few, and keep their fingers and toes crossed that the fish they knew of didn’t move!

Matthew Griffiths managed to take his 8 fish by 12:15, followed by myself at 12:50. Most fish seemed to be caught using sinking fly lines and brightly coloured flies.

Some of my most exciting fishing however has come on the rivers, with large fly hatches and hungry fish making this a lot easier than it usually is! Over the last month or so me and Terry Bromwell: TaffDiaries, have been wandering aimlessly up and down the Taff looking for some monster trout. Around the opening season date some large fish tend to show up in the middle reaches of the river, giving us river anglers a chance to get a couple of shots at something special.

This year has been exceptional for these fish with myself netting five fish over 4lbs in weight! This year has been phenomenal, I nor Terry has ever seen so many large fish in the rivers. It’s safe to say that now the first proper flood has gone through they have dispersed, having not seen one for over three weeks now.

Below are a few pictures of the ones we’ve been getting, hope you enjoy! 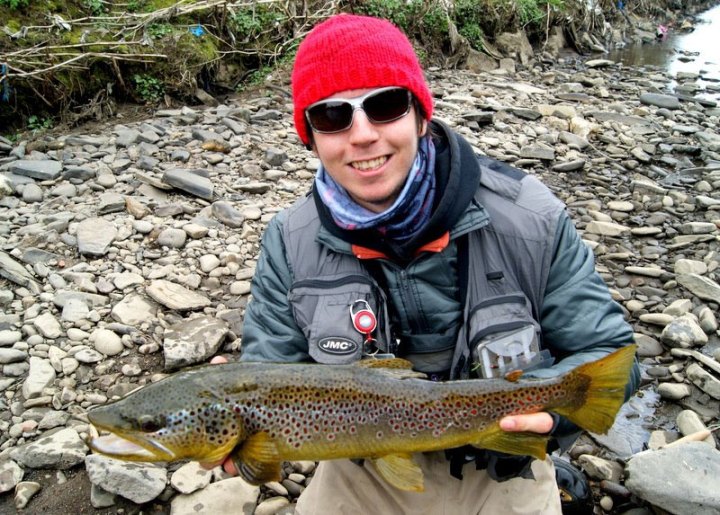 4 thoughts on “Its been a busy month!”