Recently I’ve been using a spinner fly pattern which has been tempting many of the larger specimens which inhabit our South Wales rivers. It also played a great part in the success of the Welsh Rivers team on the River Taff at the end of June: see the writeup here.

This fly pattern has got me out of a few sticky situations recently, with many of the better fish ignoring our Dunn imitations and quickly snuffling up the spinner style. The fly I use is a spin off of the Marc Petitjean spinner pattern, but it uses the same wing formation which I believe is the MOST important bit of the fly, getting the pattern to sit exactly like a spinner – just like the real thing.

The thing with a spinner is that the fish see them everyday and know what they are. It’s an easy meal unlike a newly emerged Dunn which could fly away at any time. The spinner is trapped, lifeless and dying, what would you rather, chase a chicken around a field or have a meal handed to you on a plate? 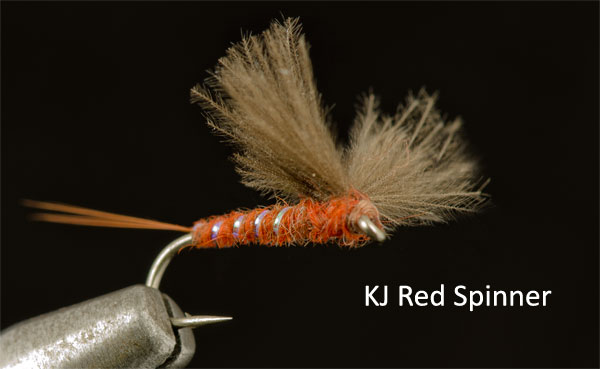 3 thoughts on “How to tie a Red/Sherry Spinner”